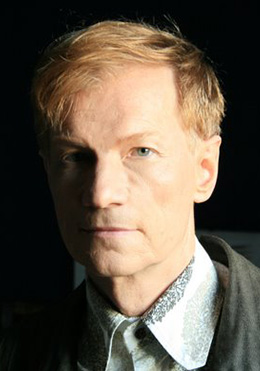 Ilmar Taska serves as Creative Consultant/Development Executive for House of Film, bringing his expertise in several areas, including the international film industry and writing, to House of Film’s new fusion distribution business model.

Ilmar’s exceptional writing skills has earned him international recognition: Ilmar Taska is listed among the Best European Writers of 2016 and his short story, “Apartment for Rent” has been published in the Almanach of Best European Fiction. Just like Ilmar’s collection of short stories, his new novel Pobeda 1946 (based on his award-winning short story, A Car Called Victory) is fast becoming a bestseller and a major critical success in Estonia.

Ilmar produced “Candles in the Dark,” starring Chad Lowe, Alyssa Milano and Maximilian Schell, and was producer and co-author of “Back in the USSR,” starring Roman Polanski, Frank Whaley and Natalya Negoda.

He had been the founder and president and CEO of Kanal 2, a private terrestrial television network, Kanal 2. Under Ilmar’s helm this small weekend channel was successfully developed it into the nation’s market leader. During that time he created, produced and directed a number of the network’s successful original programs, including “Spring Tales” and “Decide Yourself.”

Prior to serving as a consultant for Disney Film Festivals in the USSR and as vice president of international affairs & co-production for the American-Soviet Film Initiative in Los Angeles, Ilmar directed “Legends of Hollywood” for CTV and served as editor of the New York-based “Video Fashion.” Before that, Ilmar served as director of feature projects for Fries Entertainment of Los Angeles.

Ilmar earned a Master of Arts degree at VGIK, the Film Institute of Moscow. He also pursued additional studies at Dramatiska Institutet in Stockholm, and in Daniel Mann’s directing master class in Los Angeles.