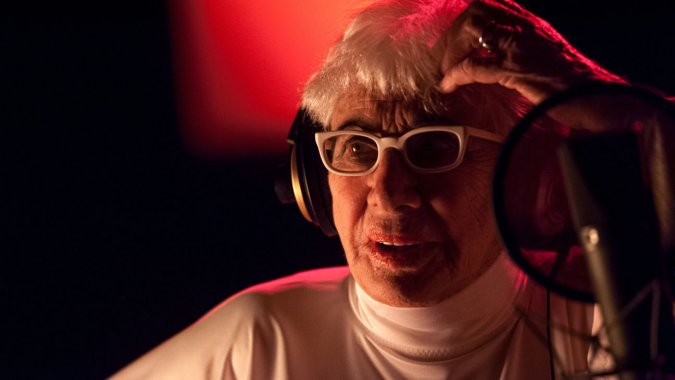 LINA WERTMUELLER’S LIFE IS THE SUBJECT OF THE NEW VENICE FILM ‘BEHIND THE WHITE GLASSES.’

Only four women have ever been nominated for best director at the Academy Awards. Italian director Lina Wertmueller was the very first. She made history in 1977 with her film Seven Beauties, which picked up four nominations in total. Wertmueller helped pave the way for other women directors, including Jane Campion, Sofia Coppola, and Kathryn Bigelow, who finally took home the statuette in 2009 for The Hurt Locker.

At 87 years ago, Lina Wertmuller still commands a room. She hushed a talkative room with one shout of “Silencio,” before speaking with THR on a new documentary about her life, Behind the White Glasses. The film, from Italy’s Studio Universal, is directed by newcomer Valerio Ruiz.

The documentary delves into Wertmueller’s immense life, from the time she served as Assistant Director on Federico Fellini’s 8 ½ , to her rich career as a groundbreaking director of more than 30 films. Appearances by her friends and collaborators in the film include Sophia Loren, Harvey Keitel, Martin Scorsese, Rutger Hauer and Nastassja Kinski.

And no film about her would be complete without Giancarlo Giannini, who starred in many of her films including Seven Beauties, for which he scored an Oscar nomination for best actor, Love and Anarchy, Swept Away, and The Seduction of Mimi.

On finally having a film about herself made, Wertmueller was not so impressed: “It’s not as much fun as making a film on other people’s lives. Someone who does this job does so mostly out of curiosity… and my life is not that curious. (laughs) It’s more curious to tell the story of your life.”

When asked how she feels to be one of just four women ever nominated for the best director category in all its years of existence, she simply responded, “Is that true?”

“Prizes are like butterflies, colorful butterflies that fly away,” she continued. “I don’t believe in prizes much.”

She remembers the experience well, however, as she was in the middle of filming A Night Full of Rain starring Giannini and Candice Bergen: “That night I was shooting a film in San Francisco so I flew to the Oscars and then at 6am when I flew back I made myself a plate of spaghetti for breakfast.”

On why her winning hasn’t paved the road for more recognition for female directors, she responded, “Because there are too many men on the judging committee, in the Academy Awards and all commissions in general.

But she believes that the solution is a twofold street: “It’s about opportunity, but also it depends on the women, if they are good directors.”

Ruiz started as an assistant director for Wertmuller on her TV movie Mannaggia alla miseria!, leading to the documentary. “She doesn’t teach,” said Ruiz of working with the famed director. “But the most important thing I learned from her is that film should always entertain, to create a close relationship with the audience.” House of Film is handling worldwide sales.