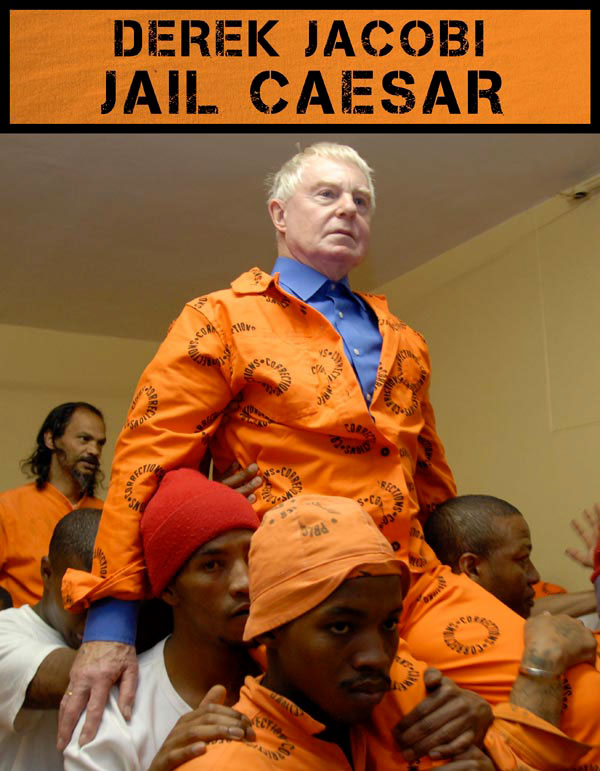 Jail Caesar reveals the tumultuous story of one of history’s foremost personalities from the confines of three high-security prisons across the globe. The select cast of celebrated classical actors is led by Sir Derek Jacobi and John Kani, and joined by hundreds of prisoners, some taking leading parts. Produced by Alice Krige, the film premiered in Cannes with a high-profile screening and cocktail.

D Street Media Group is a privately backed media company that was founded in 2003 to serve the growing need for a truly independent film production and distribution company. While involved in the development and production of films for the international market, they are also focused on acquiring European films for North America.

House of Film is a dynamic worldwide sales agency, growing and succeeding from timely acquisitions, innovative services, and tireless sales efforts. Based in Beverly Hills, the company is earning a reputation for accomplishing the impossible. An early Tribeca Film partner, House of Film has a diverse collection of films, linked by quality and strength of content. “At House of Film we are constantly searching for new, creative ways to monetize and distribute films,” says Ava B., president and founder of House of Film.

House of Film is present at Berlinale, MIPTV, Cannes, MIPCOM, Toronto, and the American Film Market. Since its launch, House of Film has given market premieres to dozens of movies. House of Film also distributes a portfolio of more commercial titles under the Maison Noir brand.